We were going to get a new couch a few years ago because this one was all saggy and weird, but it wasn’t financially convenient and I looked online and figured out that if we got a piece of plywood cut just right, it would be a lot more comfortable. We did that and it worked for a couple years and then we decided no, we really needed to a new couch, this thing was just way, way too uncomfortable, and we started looking into it and figuring out what to get and how to get this one taken away and that was March 2020 and we didn’t get a new couch.
On the other hand, this thing has been my constant companion for eighteen months and I feel guilty giving it no stars, so:
ONE STAR

Those fourteen bras that did not fit right

A thing about me that we don’t need to get into too much is that I always need to try bras on; I can’t just buy them online – they never fit.
Another thing about me is that my body got a fair bit bigger over the last year and a half. Big enough that the bras I owned no longer fit right. So I had to try buying some online after all.
I tried. And tried. And tried.
Many of them I returned. But many of them happened to be delivered right during one of the times I was hiding under the covers for months, and I missed their return windows. So they’re in a pile in my closet.
ZERO STARS

These two bras that kind of fit

My ability to just sit and read a book

Gone. It’s gone. The thing that has defined me since I was seven years old has disappeared.
ZERO STARS

Particularly the Unlock games by Space Cowboys and Exit the Game games by Kosmos games
These saved my sanity, my marriage, and possibly my life.
FIVE STARS

The number of coffee mugs I own

Obviously I don’t own enough, because I’m all out of clean coffee cups again and yes I know I could wash them that’s not the point.
ZERO STARS

Even though I’m all vaccinated and could go to the store it’s often impossible to do so because now I know I can just have them delivered and of course it’s crazy to pay that much extra but on the other hand this uncomfortable couch is so comfy.
FIVE STARS

Finally being able to see some people

It’s wonderful to see people but also boy it’s kind of exhausting plus I’ve already started stressing again about how little time I have to do all the things I want to plus I’ve gotten weird and also I forgot about hearing about parties and how bad that feels.
FIVE STARS AND THREE STARS AND ZERO STARS AT THE SAME TIME

Honestly, I’m confused by the push-back on masks. Sure, they’re uncomfortable at first, but you get used to it, find types that work for you, etc. And who doesn’t love a brand-new way to accessorize?? Plus there are people I got to know with masks on and now I’m seeing them without and you’d be amazed at how much better many of them look with the masks. Lots of people have better eyes than mouths, feature-wise, is all I’m saying.
FOUR STARS

Reddit’s “Am I the Asshole?”

If you can’t have real drama in your life because you never see people anymore, AITA is an incredible substitute. Deciding which total strangers are being assholes and which aren’t has really gotten me through some deeply boring times.
FIVE STARS

I might just be saying this because it’s my newest hobby, but I’m pretty sure it’s going to hold my interest much more than all the other hobbies I’ve taken on and then discarded in the past eighteen months. I can make frogs that actually jump!!!!!
FIVE BEAUTIFULLY FOLDED PAPER STARS

I eat just as much of a variety of food as when I used to go to restaurants, so it doesn’t really make sense that I find all food boring now. (Except for strawberries dipped in sugar-free cool whip, which I just started eating a few days ago. And dry cheerios, those are still good.)
FIVE STARS BECAUSE IT BEATS ALL ALTERNATIVES BUT ZERO STARS BECAUSE UGH

Preparing my own food

I mean, cutting the stems off strawberries and putting sugar-free cool whip in a bowl to dip the strawberries in is okay. And microwaving Amy’s frozen burritos is bearable. Anything beyond that is just, I mean, there’s all this work and then you eat it and then it’s gone and there’s just some dirty dishes to remind you. Plus, way to not support struggling local restaurants!
ZERO STARS

Getting in fights with strangers on the internet

Sure it’s fruitless and just makes me upset for no reason, but if I it keeps my brain active and exercises my writing skills isn’t that a good thing? Plus you never know who else is reading it.
OFFICIALLY ZERO STARS BUT SECRETLY FIVE STARS

I have watched many shows over since March 2020. Many, many shows. But this is the show that has played on a constant loop on my iPad, keeping me company as I trudge through my day. Seriously, I’ve watched the entire series like eight times now.
FIVE STARS

Just watch it, okay? Unless you hate joy.
FIVE STARS

Movies from my youth

Having now watched or rewatched all movies, a disappointing number of the movies from my youth have proven to be a huge disappointment. Many in the expected “oh my god how did we not see how offensive that is” way,  but a shocking number of them in a  “wait, how is this even a movie, how did we find this at all entertaining” way.
ONE STAR BUT TWO EXTRA STARS BECAUSE “THREE O’CLOCK HIGH” IS STILL EXCELLENT SO THREE STARS

Of course it isn’t happening much now that we can let patrons inside the library again, but it was happening fairly often for a while. And part of a library employee’s job is to serve the community. And I was glad that we were there for people who needed that. But also – Oooof.
UN-RATE-ABLE

Getting back to normal

Can’t rate it because it’s not happening.

People who say “now that everything’s getting back to normal”

I always claimed it would never ever happen but last November it was time for my walk and putting on sneakers was just more work than I could handle but it was too cold out for just sandals so I put on black socks with black sandals and I’m pretty sure no one noticed so maybe it didn’t even happen.
THREE ASHAMED STARS

The mini trampoline I got last September

Sure I haven’t done very many actual workouts on it but it’s fun to stop and bounce on it for a moment when I walk from the couch to the kitchen and back, and every little bit helps, right? Plus I’m about to start doing real workouts on it.
FIVE STARS

He’s been my dentist for years and I haven’t seen him more than usual lately or anything, but I seriously have the best dentist and it seemed wrong not to mention that.
FIVE STARS

I never noticed stuff like flowers and other yard decorations until the only place I could walk was around and around my neighborhood, but they quickly became ridiculously important to me. Now I’m back to mostly taking my walks in more interesting places but I still appreciate that they’re there when I need them.
FIVE STARS

My life in general

I mean. It’s better than a lot of people’s. I’m mostly healthy and I have a couple jobs I like and a place to live. The couch I’m sitting on right now is not very comfortable, but it’s here, and this room is air-conditioned, and I’m drinking a Gatorade Zero and writing on a nice laptop. So it’s good. I mean. It’s good. Yeah.
TWO STARS

How can two such different things both be sheer perfection in liquid form? Why did I waste all those years drinking nothing but water?
FIVE STARS

*Note: I left certain aspects of my life now off this list because I didn’t want to seem to sappy OR too complainy. All those things involved people who may or may not read this list.
*Another Note: I mention lots of brand names here; I promise none of them paid me for this.
*One Last Note: Seriously don’t give me coffee mugs I have so many. 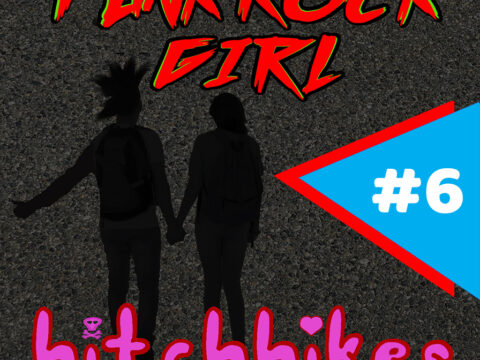 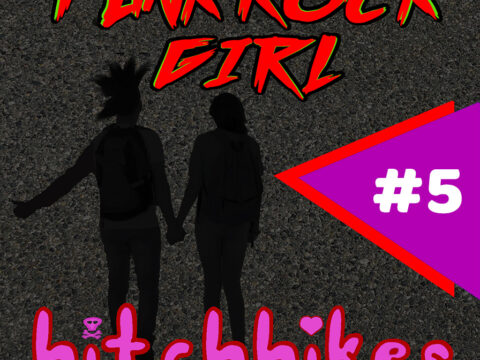 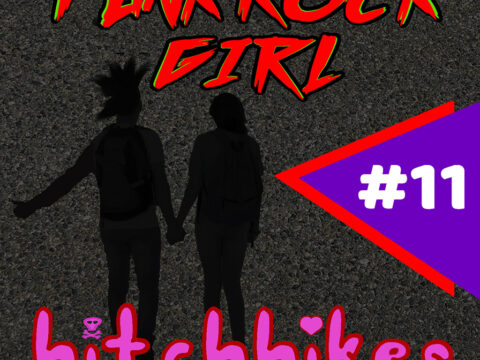