So, Captain Watson told me they knew I wasn’t 20, and that my name wasn’t Margaret, and I saw that it was all over and told him everything.

He was very nice to me. He got very serious and said that he understood that sometimes when teen girls run away from home, it’s for good reason. He asked me if I’d been abused, and told me that if I had been, I wouldn’t have to go back. Arkansas had, he said, a good foster care system; he and his wife were foster parents themselves (his wife turned out to be the nice lady who worked at the 7-11!!). He was not going to send me back to a bad situation, if I’d rather stay in Arkansas.

It was, as I said, very nice, but there was no way I was going to live in a tiny town in Arkansas.

So I assured him that no one back home hit me or sexually abused me or starved me, which was true. They were bad parents, but I wasn’t in physical danger there.

I gave him the number and he called my dad and stepmom’s phone, and got the answering machine. He told me the message on the answering machine was all about me; I assumed it was the one I’d heard days before when I’d called, but he called back and had me listen to it. It was a much longer message this time; I guess they thought that since I’d called once I might call again. We called my mom too; my only real memory is of that one answering machine message so I can’t remember if we got in touch with her then, or reached my dad and stepmom when we tried again.

We got in touch with them all eventually. I can only imagine how gobsmacked they must have been. They had to have assumed I was still around DC, staying with friends, or maybe at the most traveled the 250 miles to New York. It must have been so bizarre to get a call from a cop in a tiny town a thousand miles away.

I remember I talked to them, but I don’t really remember what I said. I don’t remember being particularly apologetic, but maybe I was.

Captain Watson tried to convince them to let me take a bus back to DC; Greyhound had a program where they’d give free bus tickets to runaways who wanted to go home. Watson said it would be the best way, to let me get my head around the idea of going home and all, but my dad insisted that he and my stepmother should come and get me. I suppose they were worried that once I was away from the cops, I’d take off again, which I guess makes sense. But I could have used a day or two.

They’d have to fly into Texarkana (De Queen is on the far west side of Arkansas, very close to Texas) and rent a car. It couldn’t happen until the next day, so we spent another night at the motel. This might have been the night I watched Highlander, actually.

Shadow wasn’t mad at me for telling. We were both ready for the whole thing to be over.

There was a restaurant, the kind where you can get breakfast food all day but not really a diner, where we had breakfast the next morning with Captain Watson. The news had clearly gotten around about me, because roughly fifty billion people stopped by the table to say they thought it was good that I’d confessed to being a runaway and decided to go home. They were all extremely nice to me.

I was very lucky, and very privileged. I think I knew that how cute I was helped, but as I’ve said, I was totally ignorant about the ideas of white privilege. I’m mentioning it, again, because I want to make it clear that I don’t think the cops and everyone being so nice to me meant that they were nice or fair to everyone, or that other people could have had the same experience I had — of going on the road and mostly meeting people who wanted to help me. There are often stories where white people describe police officers being polite and respectful, told with an attitude of “see? If you’re polite to them they’ll be polite back! If they were rude to you, you must have done something wrong,” and that’s crap. Inherent bias is everywhere. I have no idea what these cops were like to people who weren’t cute white young ladies, and I don’t want it to come off like I know.

My dad and stepmom arrived in their rental car. I think we all hugged? It’s hard to remember. My dad wanted to know what the burn on my neck was, and I rolled my eyes because it was obviously just a hickey. I had no understanding that he was searching me for the injuries I must surely have sustained over my journey.

The whole thing was weird. If I’d run away and stayed at a friend’s house, or even if I’d gone up to New York City, they would have known how to react. But what I’d done, hitchhiking a thousand miles away, was just too big. How do you punish someone for that? How do you react at all? I think they were also scared, that I’d take off again. My getting this far meant I hadn’t been messing around.

They got my guitar back from the pawn store. I remember being bummed because my mixtape was still in the stolen truck, which I assume had been taken to an impound lot? No one seemed to think a mix tape was worth the trouble of going and getting it.

My relationship with my folks was different, immediately. I just wasn’t scared of them the way I had been. I’d been a smoker for a year or so, and had worked very hard to keep them from finding out, but it didn’t occur to me to hide it anymore. Because what was smoking, on top of everything else? I also ordered coffee at the first restaurant we went into, because I’d been drinking it constantly the whole trip and had honestly forgotten that up until then, my parents hadn’t allowed me to drink coffee. It changed the dynamic between us in ways I wouldn’t have predicted. No one knew quite what to say. It was, again, too big, what I had done.

So my folks and Shadow and I drove to Texarkana, and took a short plane ride on a tiny plane to Dallas, where we’d transfer to the flight home. I was crying, on the small plane, just kind of weeping without wanting to, and there was a little boy across the aisle from me, maybe two or three, who kept saying, “don’t cry, so pretty, don’t cry, nice girl.” And I kept trying not to cry, for this sweet little boy.

I was crying because Shadow wasn’t coming back with us.

My dad was ready to pay for his flight back to DC, knowing I’d just leave again otherwise, but Shadow had been calling his family all week, telling them he was coming home. So my dad bought him a bus ticket from Dallas to Washington instead. Or maybe a plane ticket. I don’t remember, I didn’t care.

I have a memory of us the two of us in an airport bookshop, each buying the same copy of some thick fantasy novel (possibly David Eddings?) to read on our trips. I felt sad and scared and certain I’d never see him again.

I did though. He came back, which in retrospect is kind of a shame.

Anyway, next week I’ll finish things up by telling you all about everything that happened once I got home.

Here is the letter Shadow wrote in the diary right before I got on the plane to DC and he stayed behind: Hey Hun, I’ll be fine OK. I know you will miss me but I’ll be back. Don’t even xtxixnxkx think I’ll forget you. Sorry you know what I meant.

I love you more than anything in this world

But you have to go.

All told, we traveled about 1700 miles on the trip from DC to De Queen

And this is how I returned home: 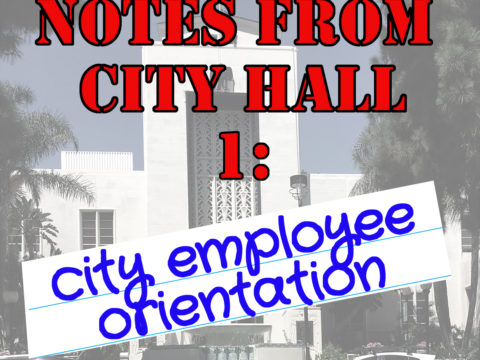 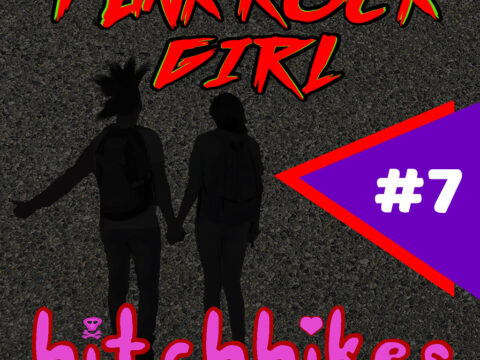 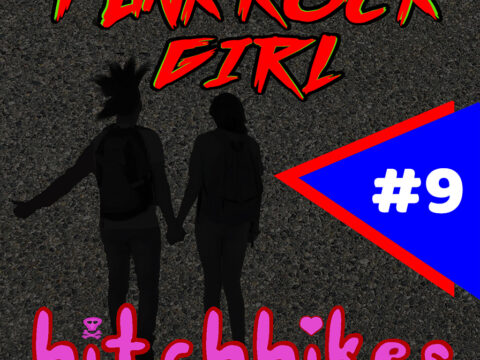